Zadar is a major town in the north of Dalmatia and its important transport hub due to big port and international airport. It can be reached by highway from Split in less than 1,5 hours and it is just over 2 hours drive away from Zagreb. Proximity to Pag island, Plitvice national park and the nearby island of Ugljan and Pasman make Zadar a perfect base for many tourists. Zadar town made significant infrastructure improvements in the past decade.

Property in Zadar is being bought by both the locals and foreigners as upcoming tourism offers great returns in property investments. Nearby town of Biograd, along with islands of Ugljan and Pasman, form a large portion of the coastline favored by many international property buyers. Real estate in Zadar region is generally less expensive than the property in Split or Dubrovnik. 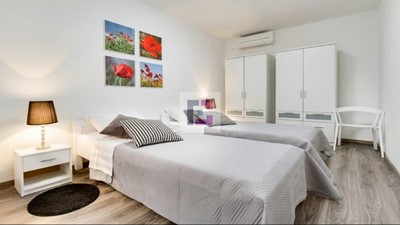 Price reduced
123m2 4 2
A large apartment for sale in the center of Zadar! Perfect investment in a property for sh…
€ 290.000
Zadar (Dugi otok) - Seafront house on a large plot